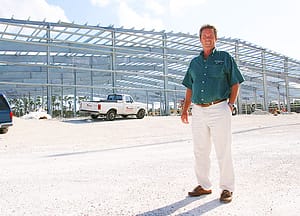 Before the doors of the Bahamian Brewery and Beverage Company even opened, its owner James “Jimmy” Sands was making waves in his mom’s native home, Grand Bahama.Jimmy and his family have a long heritage in the liquor and beverage business and in 2008 completed their dream of owning and operating their own 100% Bahamian brewery.

It all started with a “Name those Beers” competition, which launched on September 1st, 2006 – before the brewery was even built — with a chance to win $3,000! This competition gave local residents a chance to help find the name for the Brewery’s first brew. Each entry had two chances, which means Jimmy had 3,798 names to choose from when he closed the competition.

SANDS, was the first name chosen and the eleven winners were due to spilt the $3,000 prize. But Jimmy stepped in and gave each winner $500 each! The second name picked was, HIGH ROCK, taken from a local area in the east of Grand Bahama. The two lucky ladies who entered this name evenly split their $3,000.

During this time Jimmy was busy building his dream brewery. He and his investors had recruited the largest German brewing company, BREWTECH, whose success in setting up local brewery’s around the Caribbean and South America had made them a perfect fit for Grand Bahama’s only brewery. Under their direction Jimmy hired an ALL BAHAMIAN crew from architect to paver. Just the way Jimmy likes it.

In late 2007 the Bahamian Brewery and Beverage Company was officially opened by the Right Honorable Prime Minster of The Bahamas, Hubert Alexander Ingraham and the Sands family. Back in the liquor business again, Jimmy set out to launch his Bahamian sensation! 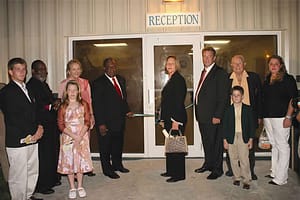 SANDS beer launched on December 15th, 2007, and was brewed to quench the Bahamian thirst, creating a specific definitive flair that was missing in the beer market. The combined knowledge of both the German brewing experts, local Bahamian Brewery team and owners has helped this newly launched beer become the hit of the islands. Sands was due to be distributed in Grand Bahama only, but by early January 2008 – it was a national brand!

Adding to their inventory in late 2008, the Bahamian Brewery team created a truly Bahamian stout. STRONG BACK was a hit with its target beer connoisseur – who loves the dark flavor with the strongest or stoutest taste. As Jimmy says, “it keeps you going all night!”

This summer — the Bahamian Brewery launched, and is now distributing, its third brew— SANDS LIGHT — a light taste on a great product. The newest truly Bahamian beer has just hit the beer market and is already getting rave reviews for staying true to its original taste while keeping the calories light.

What’s next for this budding brewer in Grand Bahama? That’s for Jimmy to know and for us to figure out. One thing is for sure, he has stuck to his game plan — truly Bahamian — in all he does and as he likes to tell his partners “What’s made here, stays here!”